The Friends, in partnership with the Parochial Church Council, is committed to bringing new life and purpose to Ross-on-Wye’s oldest and most important building.

St Mary’s Church, often described as the jewel in the Ross crown, is already a lively centre for Christian worship. Work is ongoing to make much more of an accessible centre for the whole community.

Repairs to the tower and Spire 2007

One of the first tasks faced by the Friends at its inception was to help to raise £200,000 for essential work to repair the tower and spire. £100,000 was contributed,  much of it through grants from the Heritage Lottery Fund, the National Churches Trust,  Herefordshire Historic Churches Trust, and other charities, and the work was completed in 2010. 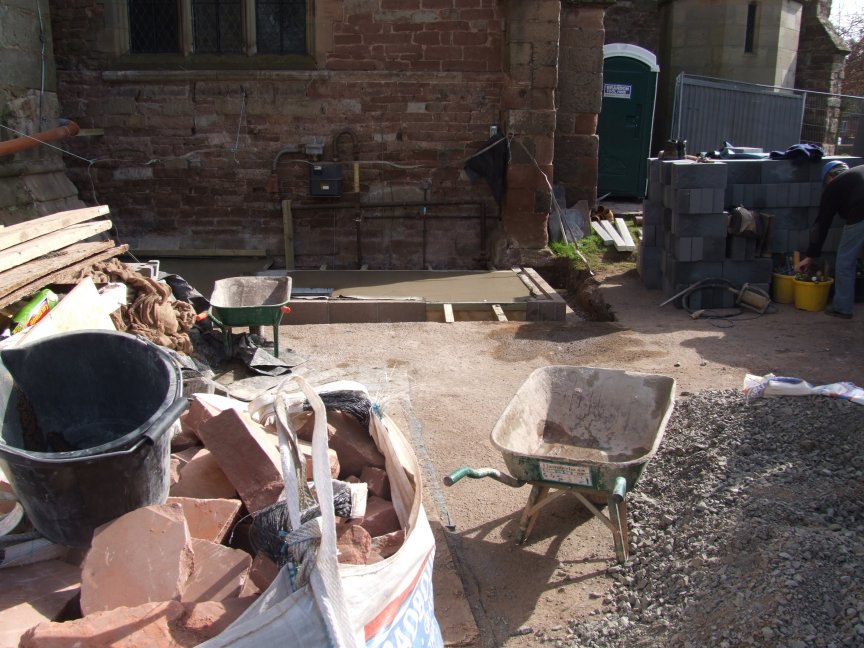 The majority of the fundraising for the task of replacing the ramshackle corrugated iron construction that once was the boiler house with the present stone one was undertaken by the Friends.

Our welcome to visitors was improved by revising and re-branding information leaflets as well as installing a number of information panels around the building highlighting key features.

Switching of windows in the north aisle 2016

The glass in two windows at the back of the north aisle was switched as part of the phase 1 work on reordering. This has meant that the stained glass once a part of the Baptistry is now visible now that the new toilets have obscured that window. The Friends funded this project at a cost of £10,000 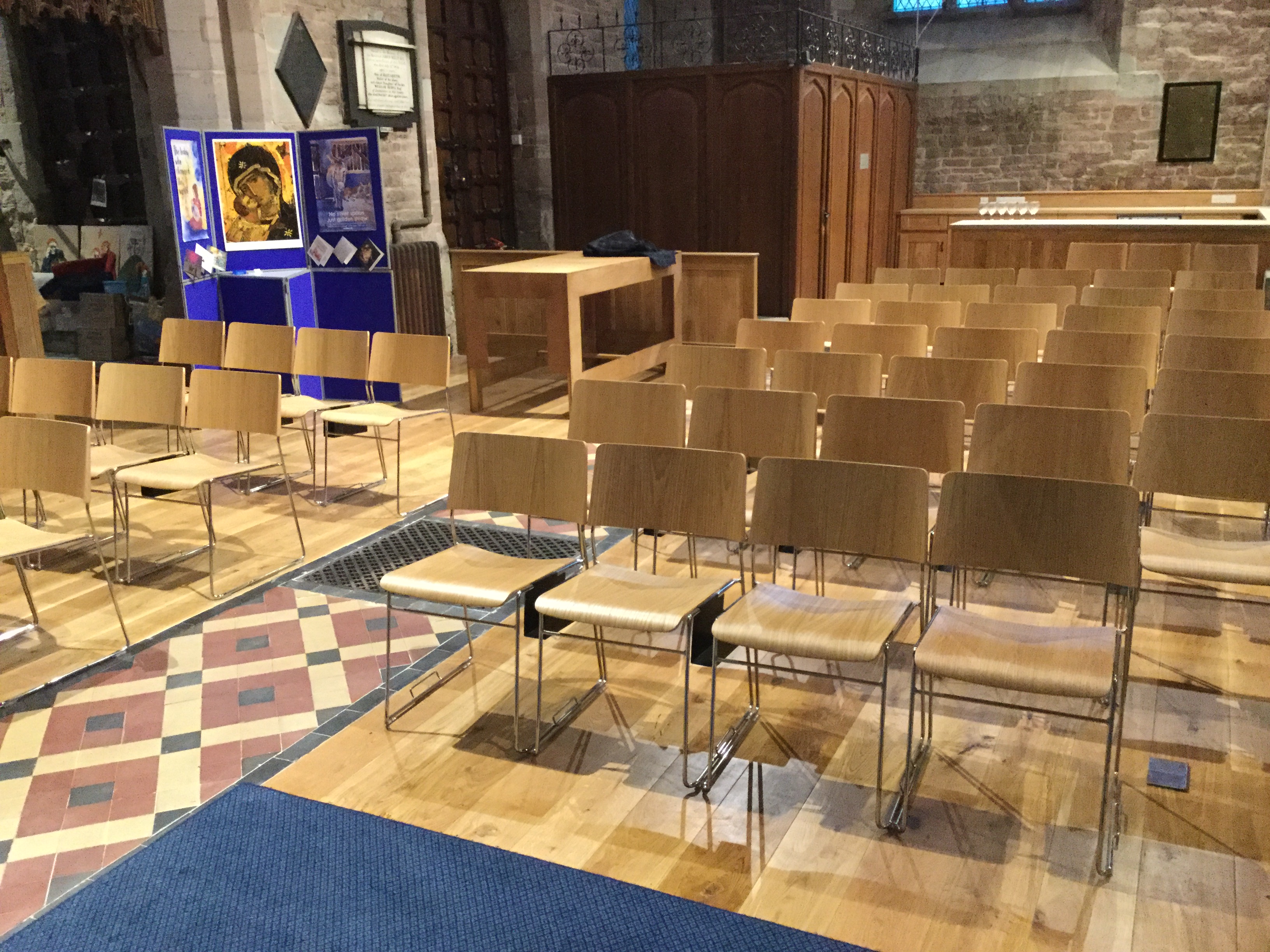 The PCC has improved the facilities within the church with a major reordering; installing toilets, a kitchen and children’s room, making the seating flexible and more comfortable and making the whole building more accessible. The Friends has so far contributed £35,000 to support the PCC in the reordering project as well as improvement work on the lighting in the church. You can find out all about reordering the building on the reordering website.

The floodlighting, fitted in  2011 by Ross-on-Wye Town Council was beginning to fail and with these sodium lamps being no longer available, action was needed to replace them.  Research from members of the Friends has resulted in new LED lamps being installed (saving the Town Council up to 70% on the running costs and reducing the church’s carbon footprint) with the cost being shared between the Friends and the Town Council.

The new lights include the ability to change colour, used for special occasions.